O Adonia, O Leader of the House of Israel

Readings of the Day

He named him Jesus.

Another favorite line in Scripture is found in today's Gospel: 'he was a righteous man'.  Joseph was upstanding; unwilling to expose Mary to shame. Joseph was also practical and realistic. Joseph takes seriously what the angel of the Lord tells him in a dream and acts upon the command. When Joseph awoke, he did as the angel of the Lord had commanded him and took his wife into his home. And that wasn't all. Joseph had no relations with Mary until she bore a son, and he named him Jesus. Joseph was a man of silence, a man of prayer, a man who listened. His actions spoke much louder than his words. Saint Joseph, pray for us.

Be like Saint Joseph: a man of dreams, not a dreamer; a man of silence because he respects God's plan.

We continue with the 'O' Antiphons on this seventh day before Christmas and praise O Adonai.

O Adonai and Leader of the House of Israel, who appeared to Moses in the flames of the burning bush and gave him the law on Sinai: come and redeem us with outstretched arm.

NB. Today's photo is of an icon painted through the hand of our Sr Suzanne. 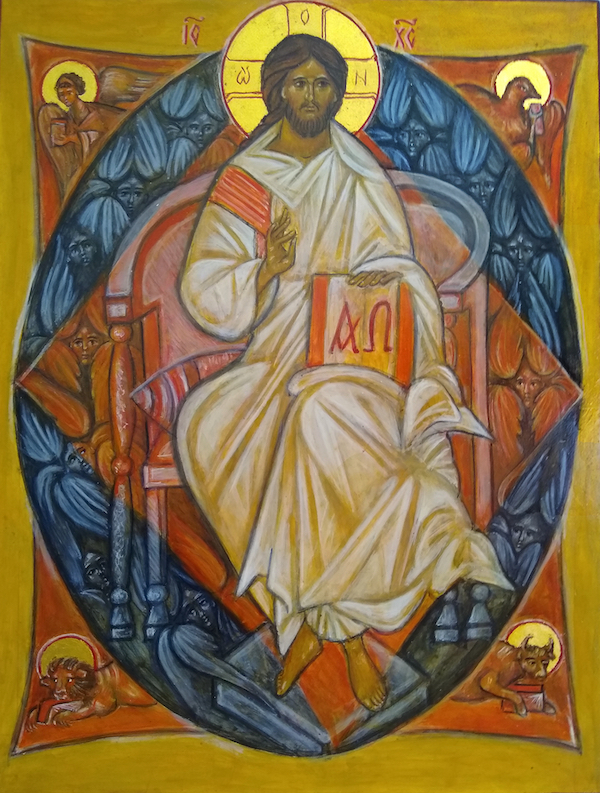