In the fall of 1962, just as Vatican II was getting started in Rome, four sisters from the Cistercian community of Our Lady of Nazareth in Brecht, Belgium, boarded the transatlantic ocean liner "Rotterdam." The sisters, still wearing full habits and veils, were bound for Northern California to found a new Cistercian community. 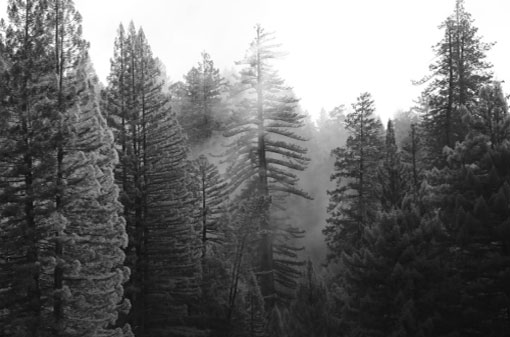 Their departure, including that of the young and dynamic abbess of Nazareth, M. Myriam Dardenne, was a momentous event in the life of their community, which had been established only twelve years before. 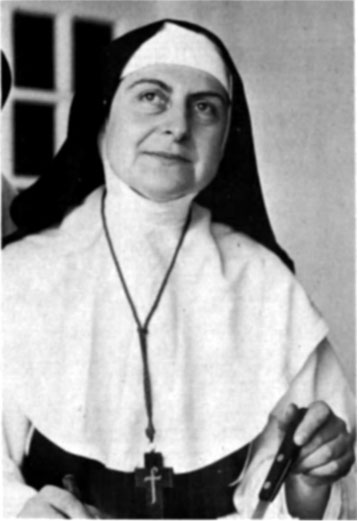 Founded in response to the growing number of Flemish vocations at a time when the only Cistercian monasteries for women in Belgium were French speaking, Our Lady of Nazareth had grown rapidly.

By 1960, the community was ready to expand overseas.

Early plans looked towards Africa, to what was then the Belgian Congo (later Zaire, now again the Congo). By the early 1960’s, however, the violence and political volatility of the situation made the move impracticable. Disappointed, the sisters of Nazareth sought alternative possibilities in Africa or Latin America. In 1961, a surprising proposal by the Abbot-General of the Order, Dom Gabriel Sortais, completely changed the direction of their search. The proposal was that they should found a new monastery for women in Northern California, on a property that had been donated to the Order, for just such purpose.

After a preliminary exploration of this option, the community at Nazareth endorsed the proposal. A generous financial contribution from the Abbey of Westmalle in Belgium made the new foundation possible; with the additional support of the Cistercian houses of the American Region, Our Lady of the Redwoods was established.

All new foundations are adventures into the unknown, and this was no exception. The four aboard the Rotterdam must have experienced that mix of excitement and trepidation that accompanies all great undertakings. After a rough sea passage, the ship docked at the port of New York, and the sisters embarked on the next leg of their journey across the continent. After a few stops along the way to visit with their Cistercian brothers and sisters, they arrived in Whitethorn, California on October 31st, 1962.

At that time, the area was essentially undeveloped and lightly populated. In conformity with the most ancient Cistercian traditions, the new foundation was planted in the "wilderness". Accustomed to the broad vistas and modest forests of their mostly flat, native Belgium, the newcomers were confronted with a hilly landscape and seemingly endless forests of majestic redwoods and Douglas fir. Though awe-inspiring, the towering trees contributed to a new sense of enclosure and isolation. Not only were the sisters faced with the challenge of learning a new language, they would have to adapt to living in an unfamiliar and disturbingly wild nature.

Fortunately for the foundresses, the familiar figure of Fr. Roger de Ganck preceded them to California. A monk of the Cistercian Abbey of Westmalle in Belgium, Roger had served for many years as Chaplain to the community at Nazareth. A writer and scholar versed in the early history of the Cistercians, Fr. Roger agreed to join the new foundation as their chaplain.

When they arrived on that auspicious Halloween in 1962, the sisters were heartened to find—already hard at work—a number of monks from the "neighboring" Abbey of New Clairvaux, in Vina, California. The bonds of charity that link our two communities together are still strong, but in the early years the help of the monks at Vina was indispensable.

The immediate task before the them was to ready the premises for the planned arrival of another eight sisters from Nazareth. While the brothers worked on the raising of temporary buildings, the sisters worked on creating the conditions for monastic life.

The first church was quickly established in the small redwood cabin that had formerly served as library to the onetime owner of the property, Bob Usher. Here the divine office was celebrated with the sisters sitting across from each other in makeshift choir stalls.

By the late 1960’s the monastery had been transformed. The original party of four had been joined by their new sisters from Belgium. Some stayed; others decided to return to their native land. For those who stayed, the process of enculturation intensified as American nuns began to enter the community at Redwoods. In keeping with the reforms of Vatican II and the renewal of the Cistercian Order, the sisters opted to embrace and develop an English language liturgy.

Once it was clear that the community was here to stay, the building program got under way. Appropriately, given the supreme monastic value of hospitality, the first permanent structure built on the property was the guest house.

Built in 1964 to receive retreatants and visiting family members, these rooms are still in use today. The monastery and church, built in a style that honors simplicity while making ample use of the beauty of the surroundings, were ready to be blessed in 1967. The wood cabins that serve as living quarters for the sisters were completed in 1976.

Today, Whitethorn, California (where the monastery is located) is still a remote and beautiful area, known quite aptly as the Lost Coast. The nearest town, Redway-Garberville is a good forty minute drive down a narrow winding road; while San Francisco, the closest metropolitan city to the monastery, lies more than 220 miles away.

"The fact remains that people are called to the monastic life, so that they may grow and be transformed, ‘reborn’ to a new and more complete identity and to a more profoundly fruitful existence in peace, in wisdom, in creativity, in love."